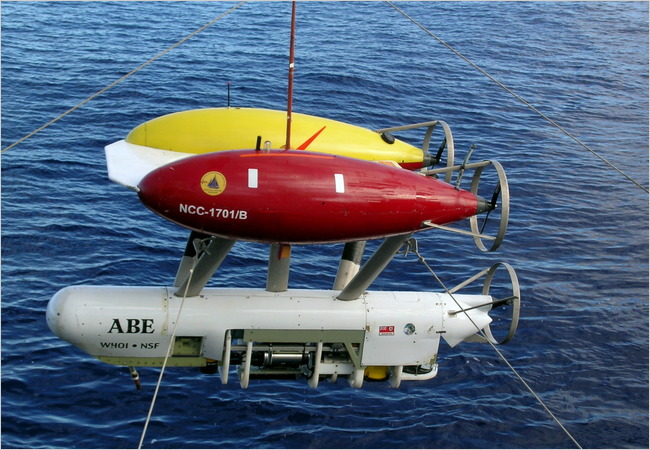 ABE was an “autonomous underwater vehicle,” which basically means it was a robot submarine. It could be programmed with a set of instructions and do deep-sea dives on its own, recording its observations for scientists. It gave us a lot of information about the deepest parts of the ocean that are too deep for manned or remote-controlled subs.

ABE was built in 1994 and operated by the Woods Hole Oceanographic Institute. On March 5th, it was on its 222nd dive when it suddenly stopped sending signals back to researchers. As the New York Times reports,

“For both to die at exactly the same time means probably something very bad and very violent happened,” [WHOI senior scientist Dana Yoerger] said. The implosion of one pressure structure would have generated a shock wave that would have destroyed others, rendering the craft inoperable and consigning it to the seabed forever.

You can read ABE’s obituary in the New York Times here.